The total number of registered voters in Coconino County for the upcoming November 6, 2018, General Election has reached a record high of 83,239 registrants, according to information released by the County Recorder’s Office last night.  This surpasses the County’s previous record of 81,461 registered voters set at the Nov. 6, 2016 General Election.

“The increase in voter registration might mean we will set a new record for voter turnout for a midterm election”, said Patty Hansen, Coconino County Recorder.  “We have already issued over 51,500 early ballots so there is a great deal of interest in this election.” 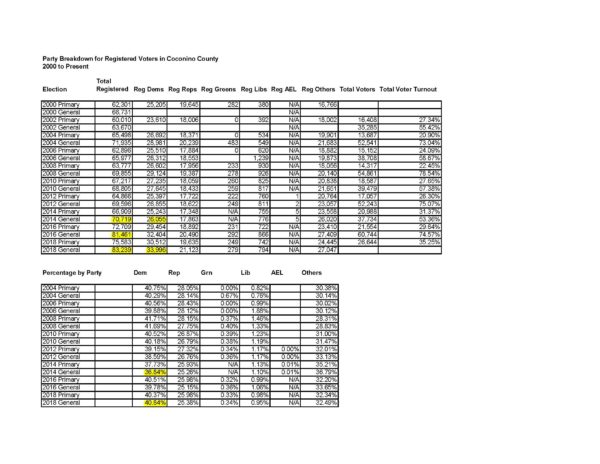