“The Trump political and legal strategy is about to get very radical.”1

While we have been celebrating the revelations from the Papadopoulos guilty plea and the hints of Mueller’s strategy contained in the Manafort/Gates indictment, Fox News listeners and Wall Street Journal readers have been hearing a very different perspective.  Trump apologists are calling for Mueller’s firing and pardons for Manafort and all involved. Their claim is simply “A President cannot obstruct justice through the exercise of his constitutional and discretionary authority over executive-branch officials like Mr. Comey.”2 Hmm, what about the Nixon precedent? If the pressure from the radical right is not countered by our activism, Congress may cave in.

We can’t simply wait for Mueller, we must take action to protect Mueller’s investigation. Contact Senators McCain and Flake and Representative O’Halleran to co-sponsor one of the bi-partisan bills that have been introduced in the U.S. Senate and in the House. Here are the phone numbers and email pages that you need. Also, use ResistBot if you have that app.

Common Cause and the Unitarian Universalists have provided some scripts to give you ideas of what to say:

“The American people deserve answers about Russian meddling in our elections — and whether or not President Trump, his campaign or his associates were involved or obstructed justice to cover it up. Please co-sponsor the Special Counsel Integrity Act and the Special Counsel Independence Protection Act (S. 1735, S. 1741, & HR 3771), the bipartisan legislation to protect Mueller’s investigation and that of future Special Counsels.”

“Congress must put country over party and act now to protect Mueller’s independence, and prevent Trump from firing him. It must send a signal that any interference in the investigation crosses a red line. Right now, senators and representatives are considering bipartisan legislation that would limit President Trump’s ability to fire Special Counsel Robert Mueller or otherwise interfere with his investigation: the Special Counsel Integrity Act and the Special Counsel Independence Protection Act. Please seek out and co-sponsor these bills.” 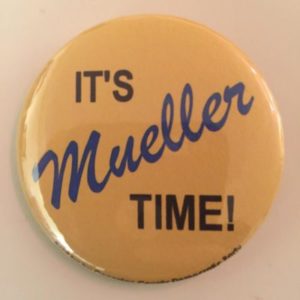