#Ever since Republican’s crammed their tax bill down Americans’ throats at the end of 2017, they have been looking for ways to pay for the $1.5-$2.1 trillion dollar deficit that their new law is projected to create. House Speaker Paul Ryan has his eye on cutting Medicare, Social Security, and Medicaid. Trump plans to gut many programs Americans count on, not the least of which, locally, is a 15-year study led by U.S. Geological Survey that is meant to determine whether a one-million-acre area surrounding Grand Canyon National Park needs protection from new uranium mining claims. While Trump touts a plan to renew American’s infrastructure, his proposals seem dead-on-arrival in Congress because there is no money after the huge tax cuts.

Democrats have a solution: Take back the unnecessary 2/3 of the revenue that was given away to the wealthy and corporations as part of the 2017 Republican Tax Scam Bill. There are much more efficient ways to create jobs and improve paychecks — one of them is having a real plan to improve infrastructure. Democrats want a fair tax system for everyone, modern infrastructure, and more high-paying jobs. Here’s how:

Then use that revenue to rebuild and modernize America’s infrastructure. This would create 15 million jobs. The spending would include:

These are expenditures that will take America’s greatness to the next level. You can read the full details of the Democrats’ Jobs & Infrastructure Plan for American Workers here.

While Democrats have put forward this solution, Republicans continue to tout each small one-time bonus as evidence that their Tax Scam Bill is working. Here’s the truth: 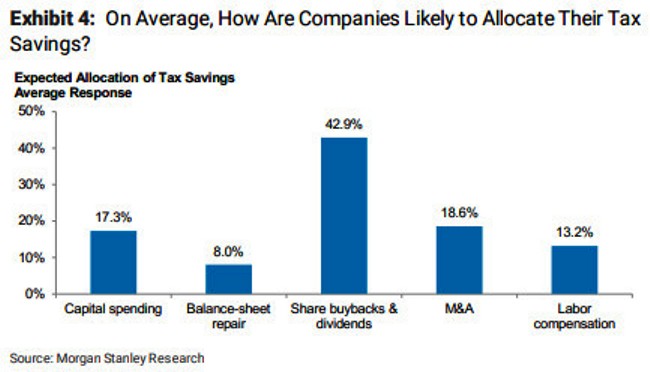 The Real Impact of the #GOPTaxScam: Another Broken Promise to the Middle Class

Six Things You Need to Know About the Trump Infrastructure Plan

Broken Promises to the Middle Class: After Promising to Work for the “Forgotten Man,” Trump and Republicans Have Rigged the System Against Working Americans

Another Example of GOP Incompetence: The Tax Bill.