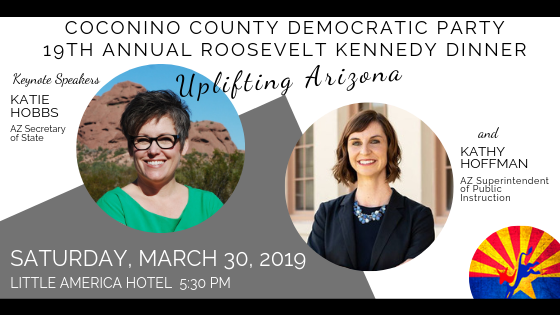 The Eleanor Roosevelt Award is announced each year at the Roosevelt-Kennedy Dinner. The Award is presented annually to members of our community whose work and service to the people of Coconino County embody the ideals of Eleanor Roosevelt. Though she never held elected office, Mrs. Roosevelt was viewed as a tireless defender of the average American.  She was the champion of the underdog. She said, “I see it as our duty to comfort the afflicted, and to afflict the comfortable.” Please submit nominations for this year’s award no later than March 1.