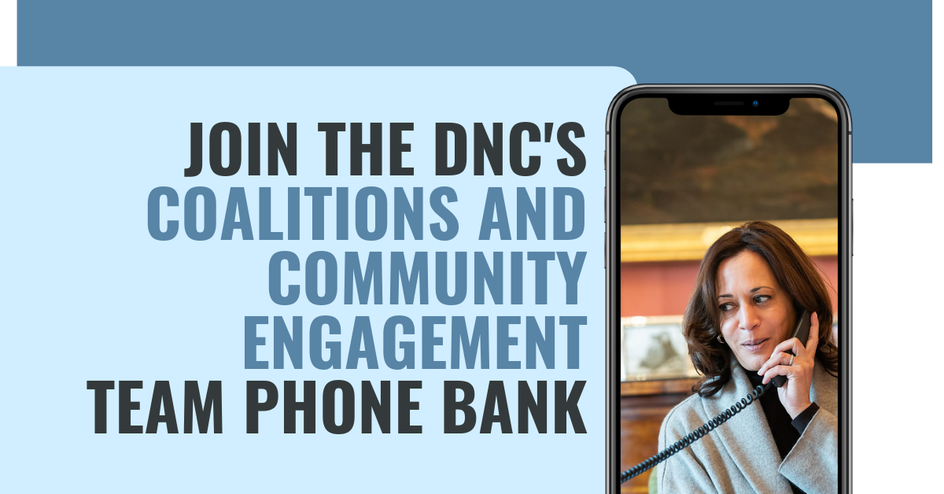 Election day is September 14th, so this phone bank will be the LAST day to contact CA voters. This event will also include a relational phone/text bank session, so come ready with your list of friends and family who are California voters, so we can ensure they’re ready to vote on Election Day. We’ll also have a special guest to be announced at a later date!

Zoom credentials will be sent to people who RSVP.

Paid for by DNC Against the Republican Recall of Gov. Newsom. Committee major funding from Robert Friedman, Mark Headley, and Elizabeth Naftali.