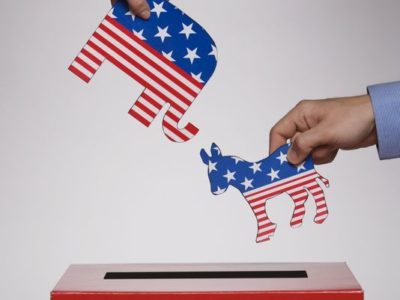 This is the day we turn the tide!

Download a Sample Ballot to assist you or them.

Vote at the NAU Skydome, the Tuba City High School, or the Flagstaff Mall (next to J.C. Penny’s)

— no matter where you live in Coconino County!

Or, find your precinct polling place on this list.

Date:
November 6, 2018
Time:
6:00 am - 7:00 pm
Event Category:
Event not sponsored by the Coconino County Democratic Party; may be of interest to our members
Event Tags:
Elections, General Election, voting