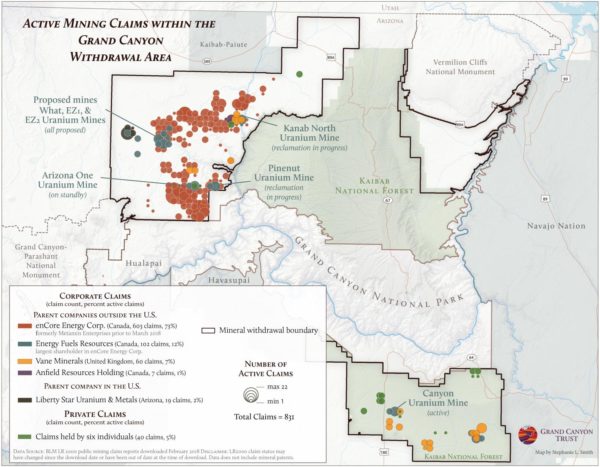 WHAT: Announcement by Rep. Grijalva, followed by public statements by tribal, city, and county officials, and nongovernmental organizations. Supporters will provide written comments for the press, and the Grand Canyon Trust will offer copies of its new report, “Uranium Mining in the Grand Canyon Region.”