Hands Off Our Votes Rally 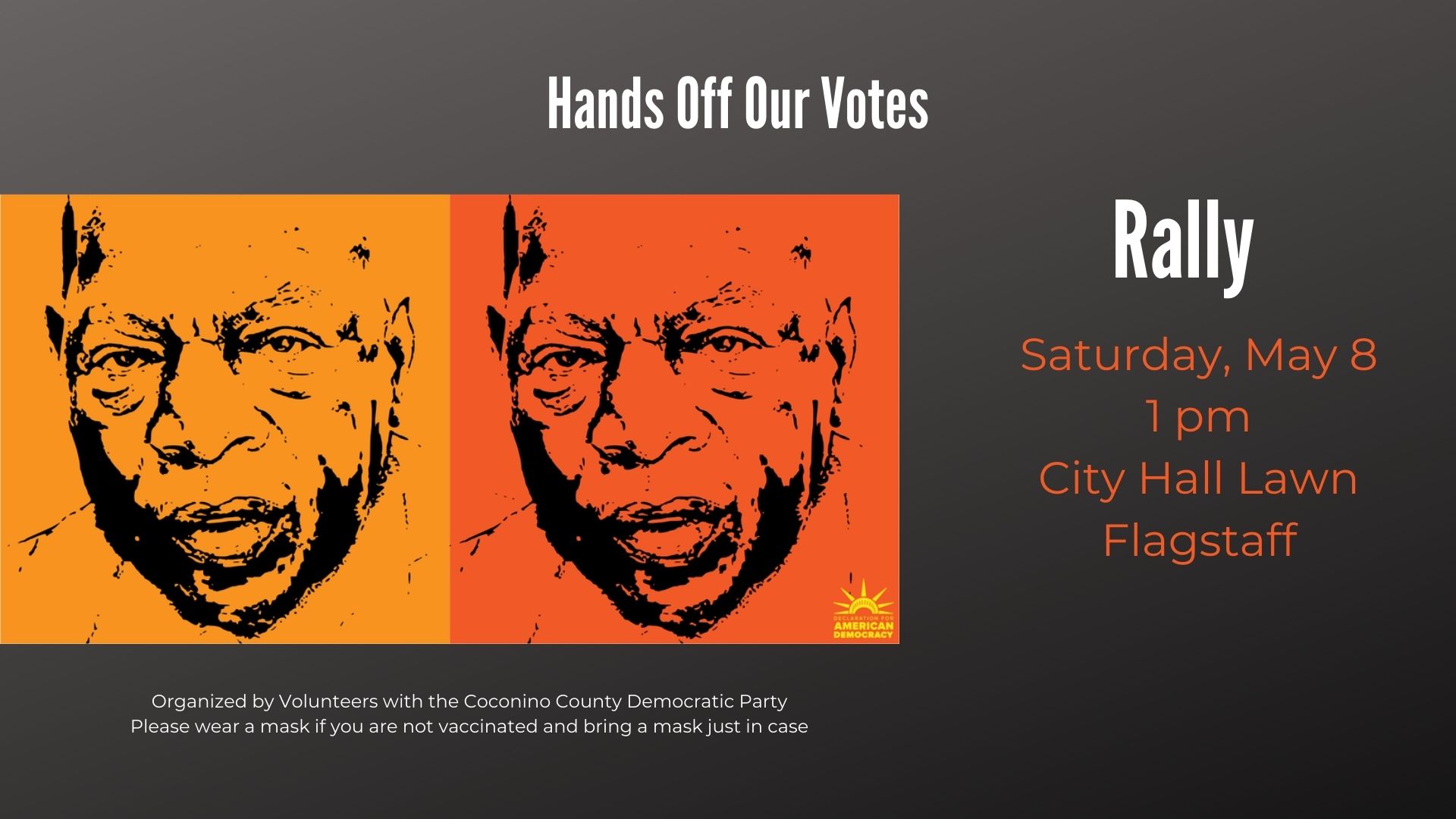 Rally in Flagstaff to support the “For the People Act” and the “John Lewis Voting Rights Act.”

State legislatures have introduced over 360 bills to curb voting rights since the beginning of 2021; Republicans in the Arizona Legislature are responsible for 23 of those bills, including restrictions on early voting and restrictions on local election officials; these bills are based on the lie that voter fraud and irregularities are rampant.

Meanwhile, the “For the People Act” and the “John Lewis Voting Rights Act” are pending in Congress. The For the People Act would ensure that voting options are equally accessible across all 50 states, put a check on billionaires’ ability to buy our elections, and help ensure that voters can elect leaders who are accountable to them. The John Lewis Voting Rights Act restores the Voting Rights Act of 1965 to its original power by giving the U.S. Justice Department the authority to review racially discriminatory state laws before they go into effect.

Let’s show our support of the federal Voting Rights Bills and our opposition to the Arizona Legislature’s attempt to eviscerate our right to vote!  Bring hand-made signs and your best rally spirit.  Some signs will be provided on-site.