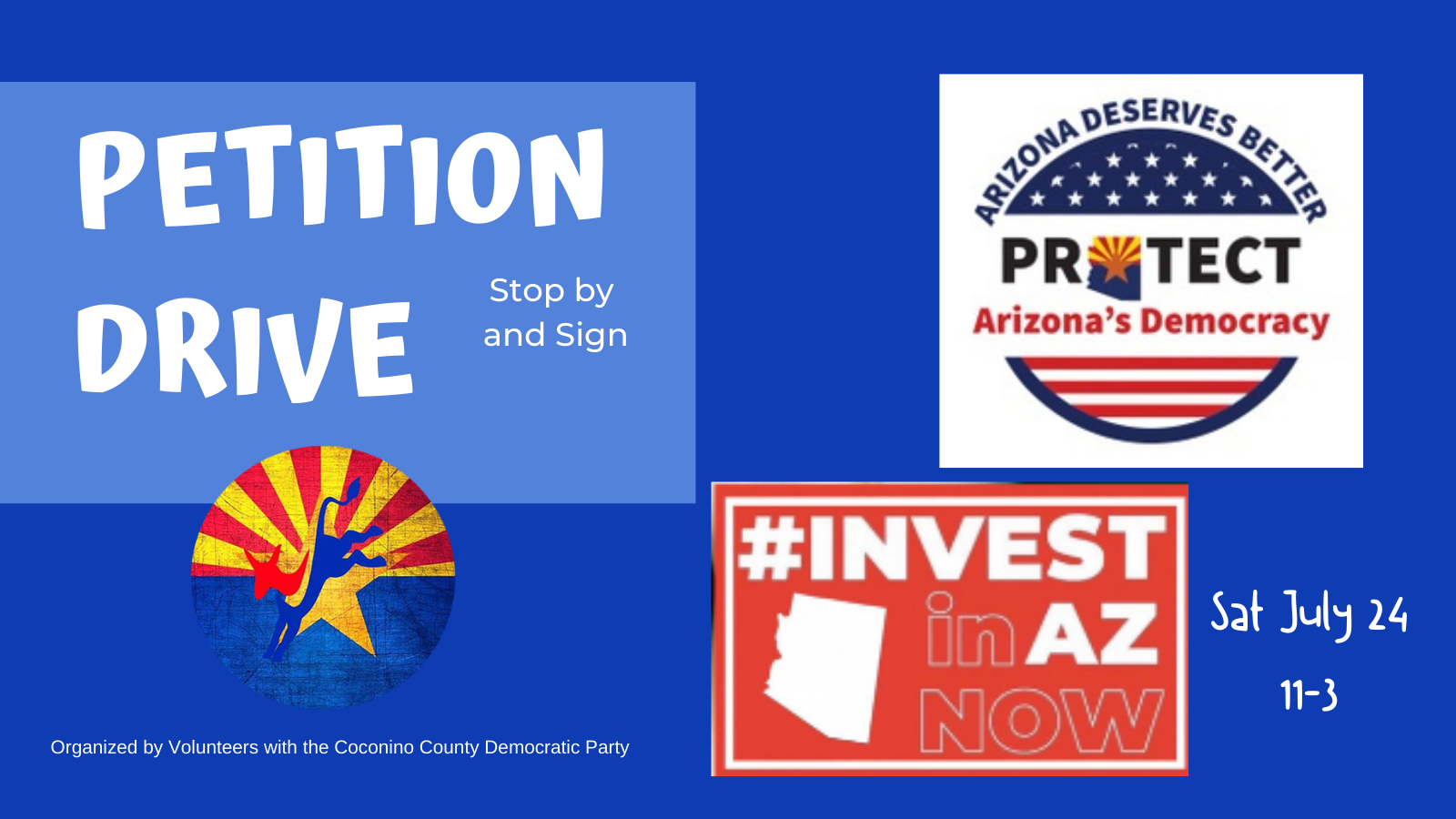 On Saturday, July 24 from 11 am to 3 pm, we’ll be collecting signatures on the porch at the Old Ice House at 201 E. Birch. Any voter registered in AZ

We will be tabling at other locations and other times — watch the calendar! July 24 is part of a statewide action organized by Arizona Deserves Better.