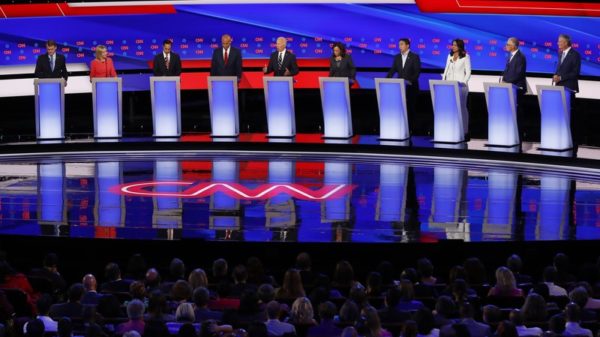 The 4th Presidential Primary Debate in the series of 12 debates sanctioned by the Democratic National Committee will take place on ABC (Channel 15 as broadcast from Phoenix) on September 12 beginning at 5 pm Arizona Time. The live stage will be in Houston, TX. The debate can also be seen on Univision (with Spanish translation) beginning at 5 pm, Arizona Time. The broadcast will also be available on the network’s streaming channel and on the ABCNews.com website and apps, as well as Hulu Live, The Roku Channel, and Facebook Watch.

Based on the qualification criteria agreed to by the DNC and ABC and announced in May 2019, the following candidates have been invited to participate in the third primary debate:

Read more about the candidates and how they qualified.