Rob Quist ran an impressive grassroots campaign in a tough state. He stayed true to himself and stood up for working families. 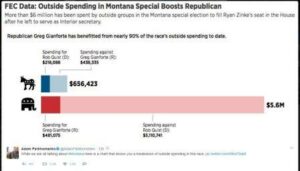 Republicans will nearly always be able to outspend Democrats, but Democrats have the values to get the votes.