During the months of April and May, the Coconino County Party has been actively engaged in recruiting precinct committee people.  Furthermore, the Arizona Democratic Party is partnering with all county parties in a statewide effort to expand participation in party work. Being a PC means one has a voice in the party’s policies and the right to participate in electing the party’s leaders. So, we thought now is a good time to show you who our current local leaders are.

Our by-laws provide for the election (by precinct committee people) of five officers and a certain number of state committee representatives (determined by the number of elected precinct committeepersons in the County). The five elected offices are County Chair, 1st and 2d Vice-Chairs, Secretary and Treasurer although the Secretary/Treasurer positions may be combined. The County Chair may then appoint additional members to the Executive Committee, subject to approval by existing members of the committee. By statute, elections take place in what is called a party reorganization meeting in the January following each General Election. Therefore, the next election is in January 2019.

The following are profiles of our current County Party leaders, mostly in their own words: 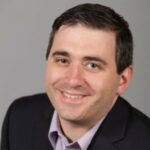 Nathan was inspired to engage in the leadership of the county party by the 2016 election results. Nathan is a graduate of Boston University School of Law and the University of Massachusetts where he studied political science, legal studies, and psychology. He works for a local non-profit and previously was an attorney with DNA-People’s Legal Services in Flagstaff. 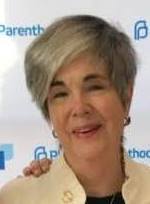 Ph.D. Political science. Harriet is a student of congressional/legislative elections, a former college administrator at the University of Houston and Alumni Director at U of H.  Graduated from Rice U. with a Ph.D. then taught at Rice, Univerity of Houston, and Northern Arizona University for a total of 25 years.  Coconino County Democratic Party Chair, 2001-2008, First Vice Chair of Arizona Democratic Party (ADP) 2008-2012, Acting ADP chair twice, member of ADP Executive Committee since 2008; formed the ADP County Chair organization and was Chair of Chairs for 4 years. 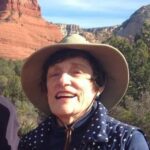 Undergraduate degree in American history from Stanford U, 5th year in education at UCLA, former high school history and civics teacher, MA in Management from U. of Redlands, 25 years in HR Management and Training, former HR Director at North Country Healthcare, former co-chair of Progressive Democrats of No. AZ, 8 years on Executive Committee of Coconino County Democrats, 8 years on Roosevelt-Kennedy Dinner Committee, docent at Museum of No. AZ. PC for Precinct 8; State Party Committee member from Coconino County. 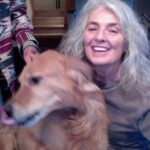 I became active in the Coconino County Democratic Party during the Kerry campaign.  I have served as First Vice Chair, Precinct Coordinator and, of course, a Precinct Committeeman.  I took a hiatus to get my law degree and now have a Family Law Practice in Flagstaff.  I reactivated my participation in the Party because I am truly concerned about the fate of our Democracy.  I have watched America become a major force for peace and justice since the end of World War II, and I believe it is vitally important that we continue that influence in the world.  I currently hold the office of Secretary/Treasurer of the Party and also serve as the PC Coordinator for Area Three, which consists of Regions Four, Five and Six. 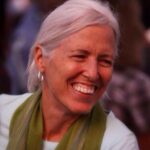 I became involved in the Coconino Democratic Party in 2004 when John Kerry ran for president. We had a lot of interest; people were in and out of the office constantly. I have rotated through Vice Chair of Communications, Secretary, and Events. I am still involved for two reasons: I love Democrats-most people I work with are very passionate, ethical, hopeful people AND fun to be around. Also, I believe that what we do, though it can feel futile at times, is vitally important to our country and, most especially, my grandchildren. I grew up in India, where my father worked in agricultural development for the Methodist Church. My parents’ sense of service and community made them fiercely liberal and they passed it on to me. 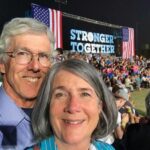 Doug Ballard, State and National Party Liaison (Pictured with his wife, Louisa, who is also an active party contributor and State Committee member)

Doug holds a Master of City and Regional Planning from the Ohio State University, and worked for over thirty-five years in the field of municipal planning and public administration. He was co-founder and first Chair of Progressive Democrats of Northern Arizona and was Chair of the Coconino County Democratic Party (CCDems) for two terms. He has served as the Arizona Democratic Party (ADP) Chair of the Council of County Chairs (2 terms), ADP Vice Chair (1 term), and was a Democratic Candidate for the Arizona State House (LD 6). He was also an elected Delegate to the 2012 and 2016 Democratic National Conventions. 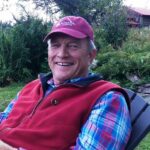 I’ve been a Precinct Committeeperson (PC) for many years but was never too active. My retirement and the election of 2016 changed that.  I taught and coached in the Flagstaff Public Schools for 15 years and retired after 37 years as a volunteer and career firefighter/chief.  Today I am working with two other PC Coordinators in organizing and recruiting interested Democrats to help support the values of the Democratic Party.  I feel a tremendous need to stand up for something in this great nation whose core values and our democracy itself are under attack daily by both visible and invisible forces.  This is my country and I’m working to support the working people who make the foundation of our society work. Won’t you please join us?  I think you’ll find us a good group of people to be with.

Kim Watson worked for over thirty-five years for the National Park Service, and the Eppley Institute for Parks and Public Lands, as a park ranger and instructor helping to train employees of the National Park Service.  He has an undergraduate degree in Parks and Recreation Management from the Ohio State University and a Master’s Degree in Park and Resource Management from Slippery Rock University. He has been an Adjunct Faculty member for Northern Arizona University as well as Indiana University. He is on the Board of the Friends of the Flagstaff National Monuments, and now serves as a Precinct Committee Person (PC) for Flagstaff Precinct #25, as well as working as one of the County Coordinators for PCs. 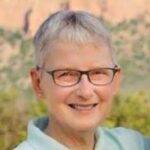 I became involved with Coconino County Democratic Party as a PC and volunteer on a very part-time basis beginning when Janet Napolitano was Attorney General. I served as the volunteer coordinator in 2008. Sadly, I assumed the world’s problems were solved with the election of Obama and I dropped away except for phone-banking at election time. The 2016 election changed that and I knew I needed to do more. I was appointed Communications Chair and a member of Executive Committee in December 2016, served on the RK Dinner Committee 2018, and am a State Party Committee member. In addition to my communications work, I am interested in expanding participation in the party, recruiting and training potential candidates, and improving our fundraising systems.

B.A. and J.D. from the University of Chicago. Practiced law with an emphasis on complex litigation for 23 years, during which time did pro bono work for the ACLU, the Illinois Nurses Association, and minority-owned businesses. Served on the board of GLBT PAC/Lobbying Group in Chicago which successfully obtained enactment of the Chicago Human Rights Ordinance. Moved to Flagstaff in 1995, continuing a private law career; sold real estate from 1999-2015. Board member and president of the Victim/Witness Services non-profit 2000-2005. 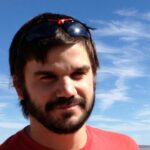 Like a lot of people, I started looking for a way to make a difference after the shock and disappointment of the 2016 election.  I have voted in every Presidential election since I was legally eligible to do so, but now I felt I had to get more involved.  I took part in some of the marches and rallies in early 2017, but I wanted to better effect change in our state and country: I wanted to help elect Democrats.  That is why I signed up to become a PC in March of 2017.  I later became a Regional Captain, and in March of 2018, I was appointed to become the Chair of the Budget and Finance Committee.  I am working on creating a budget for this year and defining the process for budget creation in the future.

I transferred to NAU from a small college in Vermont in 1998, and except for 4 years working in Tucson, I have lived in Flagstaff ever since.  I have a BS in Computer Science and Engineering from NAU, and a Masters Degree in Computer Science from the University of Arizona.  I use my computer skills whenever possible to help organize data and processes for the party. 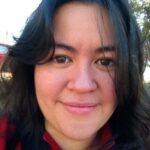 I have a BS in Biological Science from the University of Missouri, and an MD from Saint Louis University.  I did my residency at UNM in Albuquerque and then practiced as an Orthopedic Surgeon for 6 years in Tuba City.  I have been working part-time for the past year and am on sabbatical now, and we are looking forward to enlarging our family soon.  For a majority of my life, I have been a nonvoter and avoided politics.  I thought that politics were divisive and also, in my busy profession, excused myself because I didn’t feel educated enough to make informed decisions about who/what to vote for.   The election of the worst U.S. president ever coincided with a slow down in my professional life, and all that has changed for me.  In the past year and a half, I have jumped into educating myself and participating in as many political activities as possible.  My husband and I decided to keep our efforts focused and local, so joined the County Dems in March of 2017.  We became PCs and then Regional Captains.  I was also part of the PC Events committee which has since morphed into the Outreach Committee.  I have done things I have never done before such as register voters, canvassed my neighborhood, talked to politicians, organized rallies and marches, and phone banking.  As a newcomer to politics, I hope to help make politics more accessible to the average person.  I also am interested in encouraging diversity and broader participation in our local party. 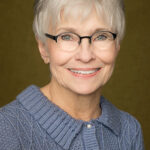 Kathy is a retired physician who specialized in the fields of obstetrics and gynecology. She worked in the private sector for her first 19 years in practice, followed by 9 years working at the Tuba City Hospital and 5 years at North Country Healthcare. She and her physician-husband, Scott Deasy, made multiple trips to Afghanistan between 2003-2008 to train physicians at the largest women’s hospital in the country. Among her many community contributions, she has served on the board of the Tuba City domestic violence agency and was a forensic examiner for 8 years with the Northern Arizona Center Against Sexual Assault. She & her husband continue to advocate, at the state & national levels, for women’s health concerns through the American College of Obstetricians & Gynecologists PAC. This year, she brought our Roosevelt-Kennedy Dinner to new heights of success.

Our new Outreach Committee has planned and organized a system to reach out to voters we’ve often had trouble connecting with in the past. Their work began last summer and lays a new and strong foundation for our work into the election. We thank Aubrey Sonderegger, Brandon Lurie, Sallie Kladnik, Greta Murphy, Marj Gillis, Ylandra Wimmer, and Jeanette Proietto in addition to Chair, Shannah Redmon for their hard work over the past months and what they are continuing to do.

The Roosevelt/Kennedy Dinner is the bedrock of our finances. This year’s committee included, in addition to Kathy Deasy, who is profiled above, the following:  Ann Johnson and Sallie Kladnik, Co-Chairs, and Louisa Ballard, Kelsey Blakley, Ann Heitland, Louise Hublitz, Mary Landahl, Mary McKell, Marisa Riggs-Ort, Heidi Robinson, and Phyllis Wolfskill.