There have been 95 shootings on K-12 and college campuses — an average of nearly one every week — in the two years since the deadly attack at Sandy Hook Elementary School in Newtown, Conn., according to a new analysis. These shootings have left 45 people dead and 78 injured.

Twenty children and six adults working at Sandy Hook were killed in the December 2012 assault in Newtown. Despite repeated calls around the nation for Congress to take action to prevent more gun violence, representatives and senators passed no legislation to address the problem.

Since then, 49 shooting incidents have occurred on K-12 campuses and 46 on the college or university campuses, according to the new analysis, which was done by two groups, Moms Demand Action for Gun Sense in America and EVERYTOWN For Gun Safety. (See the list below.)

A recent report released by the Office of the Child Advocate in Connecticut said that Adam Lanza, the killer at Sandy Hook, suffered from a number of mental disorders and that the public schools he attended “unwittingly” enabled his mother to “accommodate and appease” her son through a “lack of attention to social-emotional support” and by allowing him to study independently on the assumption that he was gifted, when, in fact, he wasn’t. 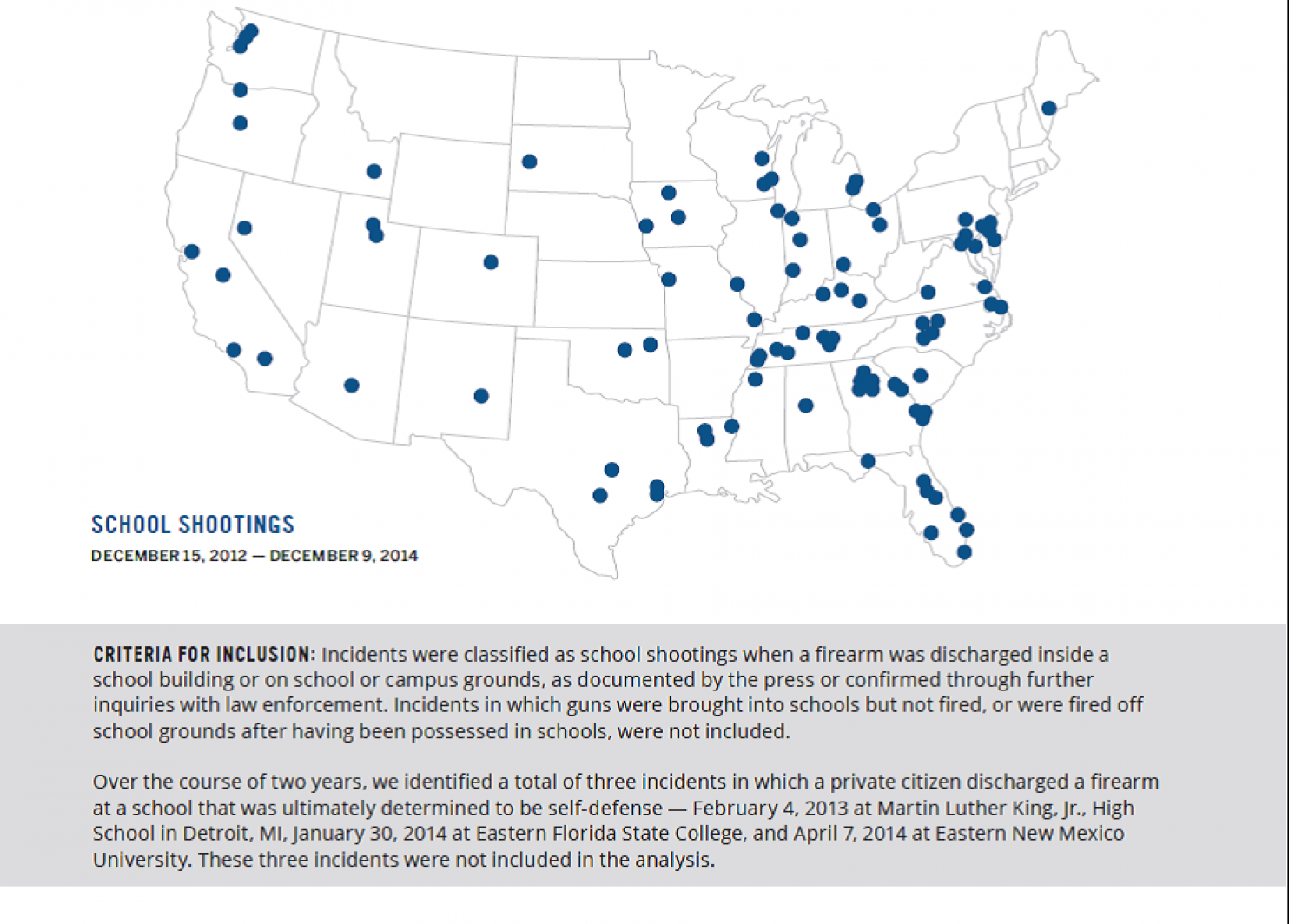