These are all the initiatives and referenda that will appear on ballots in Coconino County. Some of these propositions will only appear on the ballot of voters who live in the City of Flagstaff or in the school districts for which the propositions are presented.

These are recommendations from your Coconino County Democratic Party. In some cases, the party has not made a recommendation. We provide links to the actual ballot language and to the official arguments "pro" and "con" for or against each proposition.

Download a Sample Ballot to Take to the Polls. 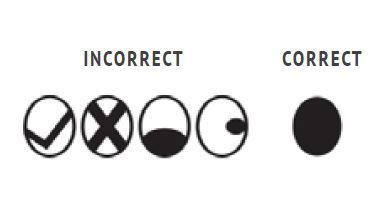 Proposition 126 is an effort by special interest groups to permanently exempt their businesses from taxes by inserting a special exemption into the Arizona Constitution. Taking certain revenue away from the budget in this way impairs the ability of our legislature to weigh all interests when legislating tax policy.  This proposal has bi-partisan opposition from those interested in good fiscal policy. Click for more information from the Arizona Center for Economic Progress.

Proposition 127 -- popularly known as "Clean Energy for a Healthy Arizona" --  is supported by the Directors of the Arizona Department of Health Services, the Grand Canyon Chapter of the Sierra Club, the National Resources Defense Council, the Arizona Democratic Party, Gubernatorial Candidate David Garcia, the Arizona Asthma Coalition, Corporation Commission Candidates Sandra Kennedy and Kiana Sears, State Representative for LD-7 Wenona Benally, and many others.

Proposition 305 is a referendum on Republican legislation that would expand  "ESAs" which are vouchers in disguise. This legislation would have the effect of draining tax dollars from public schools to private schools, regardless of the needs of the students who claim the vouchers. Thus, we urge a No vote on Proposition 305 to reject the legislation.

In the summer of 2017, a group of concerned parents and educators -- now known as "Save Our Schools" -- gathered thousands of signatures to put this referendum on the ballot  Because it is a referendum, a "Yes" vote is in favor of the Republican plan to strip public schools of tax dollars and a "No" vote stops the legislation. The Arizona and Coconino County Democratic Parties and our candidates urge a "No" vote on Prop 305.

Weakens the Clean Elections Commission and subjects it to partisan control

Proposition 306 is a proposal by the Republican-controlled legislature to make the Clean Elections Commission rule-making authority subject to partisan control thereby gutting the idea behind this voter-established commission. Furthermore, it would prevent candidates of any party from purchasing data from the political parties they identify with for use in their campaigns.  Proposition 306 is opposed by the League of Women Voters, Chispa Arizona (a program of the League of Conservation Voters), the Sierra Club - Grand Canyon Chapter, the Arizona Advocacy Network, and a numerous state and local elected officials.

Information Provided by Coconino County This information includes an explanation of merit selection and arguments which persuaded the Board of Supervisors to put the issue on the ballot.

Ideally, judges act impartially, including without political prejudice. We have good judges in Coconino County who have been elected by our voters. Counties with large populations are required to use a merit selection process. This proposition would have Coconino County join Maricopa and Pima counties in using the merit selection process before we are legally required to do so.

The Executive Committee did not take a position on this issue.

Because the bond that was issued to pay for the community college building will be paid off in 2019, the college has the opportunity to significantly expand learning programs that contribute to the economy of Coconino County by obtaining a tax overide without a tax increase.

Read more about how Coconino Community College benefits our county.

The Executive Committee of the Party and over 90% of Precinct Committeemen who responded to a survey voted to oppose this proposition. Prop 418 seeks to repeal an ordinance approved by 54% of voters in the 2016 election. Flagstaff's cost of living is higher than that of the State of Arizona and our national party platform calls for the establishment of a living wage. The gradual phase-in of the existing ordinance, as amended by the City Council after the election, seems a reasonable step in that direction. We also support the local enforcement provisions of the existing ordinance and, therefore, recommend a "No" vote on this proposition.

Note: The authors on this citizens' initiative titled it the "Sustainable Wages Act" -- you may see that in their publicity but not on the official ballot.

Arguments submitted for the City of Flagstaff Information Pamphlet by individuals and group may be found here. (Scroll to pages 24-35.)

Continuation of a Sales Tax for Roadway, Pedestrian, Bicycle and Safety Improvements – Continuation of the levy of three existing transaction privilege/sales taxes expiring in 2020 as a single transaction privilege/sales tax rate of 0.426% ($0.00426), to be in effect for a period of 21 years beginning July 1, 2020, to be used for the following purposes:

The Executive Committee did not take a position on the proposition. Passage of Prop 419 will not raise the sales tax; the tax would continue at its current rate.

Arguments for and Against this Proposition can be found here. (Scroll to pages 44-45.)

The Executive Committee did not take a position on the proposition.

Arguments for and Against this Proposition can be found here. (Scroll to pages 53-54.)

Sales tax proposed by the City of Flagstaff for transit service.

Sales Tax for Increasing Transit Services - Amending the Tax Code of the City to levy a transaction privilege/sales tax at a rate of 0.15% ($0.0015) to be in effect for a period of 11 years beginning July 1, 2019, for increasing public transportation including constructing, acquiring, operating, and maintaining equipment and facilities for more frequent transit service within the City of Flagstaff.

The Executive Committee did not take a position on the proposition.

Arguments for and Against this Proposition can be found here. (Scroll to pages 61-62.)

Secondary Property Tax – General Obligation Bonds for Improving Housing Affordability - Voter authorization is required to sell and issue general obligation bonds in a principal amount up to $25,000,000 to address the high cost of housing in Flagstaff:

The Executive Committee supports this ordinance because of the critical shortage of affordable housing in the City of Flagstaff.

Non-profit supporters of this proposition include Housing Solutions of Northern Arizona, Inc. and Friends of Flagstaff's Future.

Arguments submitted for and against this proposition for the City of Flagstaff Information Pamphlet by individuals and group may be found here. (Scroll to pages 73-77.)

Official Resolution for Bond and Ballot Language (Scroll to p. A-1 for the language that will be on the ballot.)

The Executive Board of the County Party supports the Flagstaff Unified School District Bond for school facility improvements and maintenance. The district's schools are in a state of disrepair.

Bond and Override Facts as prepared by FUSD

Official Resolution for Override and Ballot Language  (Scroll to p. A-1 for the language that will be on the ballot.)

The Executive Board of the County Party supports the Flagstaff Unified School Tax Override to continue the tax rate currently in place. Funds from these taxes maintain class sizes and continue funding sources for the arts, advanced placement, physical education, and other school programs. There will be no increase of current tax rate if override renewal is passed.

Bond and Override Facts as prepared by FUSD

The Grand Canyon School District requests a tax override that will continue the current tax rate, approximately. Funds will be used for maintenance and operations.

The County Superintendent of Schools will be preparing a voter information pamphlet which will be mailed to voters and which we will post here when it becomes available.

The Executive Board of the County Party supports the Grand Canyon Unified School Tax Override to continue the tax rate currently in place. Funds from these taxes are necessary for continued operations and maintenance.