In 2000 voters approved a law which requires state aid to schools to be adjusted annually for inflation. Lawmakers proceeded to ignore this law for years. As a result our schools have been shorted over $1 billion. In 2010 school districts sued- and won. Last year the state was ordered to pay schools $331 million, they ignored that too. In August negotiations between school districts and the state broke down. 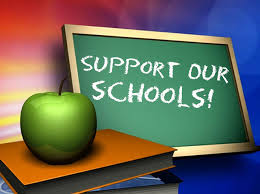 Currently Arizona has a budget surplus of $325 million, money that our schools desperately need. Recently activists and  community groups have called on the governor to call a special legislative session and send more money to schools. Arizona currently ranks dead last in school funding.