On Monday, March 20, Judge Neil Gorsuch will have his first hearing in the Senate Judiciary Committee as nominee to the United State Supreme Court. Gorsuch’s extreme record on everything from women’s rights to civil rights to corporate power is simply unacceptable. It’s vital that your Senators hear from you on filibustering his nomination. We’ve partnered with other activists as part of the People’s Defense so that we can all stand indivisible together against this dangerous addition to the Court—check out this campaign for more information and use our new #SupremelyExtreme resources page to tell your Senators to vote no.

For more info on just how extreme Gorsuch’s record is, check out these fact sheets from our friends at the Alliance for Justice:

In short, Gorsuch is a #SupremelyExtreme pick from a President with no mandate whatsoever. Oppose Gorsuch’s confirmation at every turn. 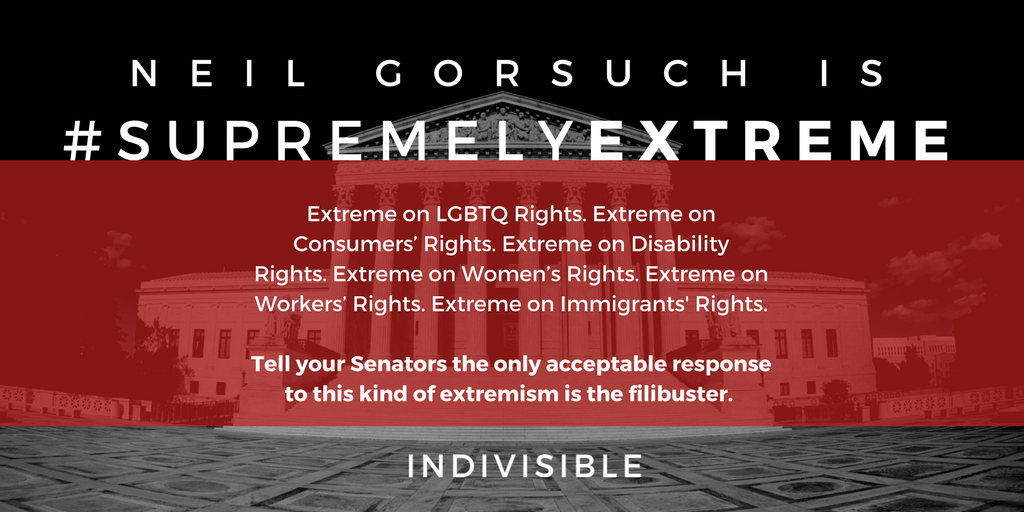