A letter written by Ann Heitland and published in today’s Arizona Daily Sun lays out the arguments on both sides of the Invest in Education initiative, for which petitions are circulating now. On the one side, there are fiscal facts; on the other are tired old slogans:

The opponents of the Invest in Education Initiative have rolled out the same tired talking points used in opposition to progressive income taxation and I’m one of those who is fed up and not taking it anymore.

Let’s review the facts of the initiative. This ballot measure would allow voters to close the gap between funding for education coming out of the 2018 legislative session and the funding Arizona schools had from the state in 2008. Since 2008, Republicans have cut $1.1 billion from state aid to school districts. After the gains made due to the RedforEd clash with Ducey and Republican legislators, we were still left with a $690 million shortage compared with 2008. The Invest in Education Act aims to make that up.

The worst is labeling this proposal “class warfare.” Nonsense! What is class warfare is stripping funding from our public schools so that only the rich can get decent educations for their children. Also, constantly raising sales tax rates to the point where the poorest 20 percent pay over 12 percent of their income in combined sales, property, and income tax while the richest 1 percent of us pay only 5.5 percent. That’s not a fair contribution to society and this system needs to stop. Support the Invest in Education Initiative! 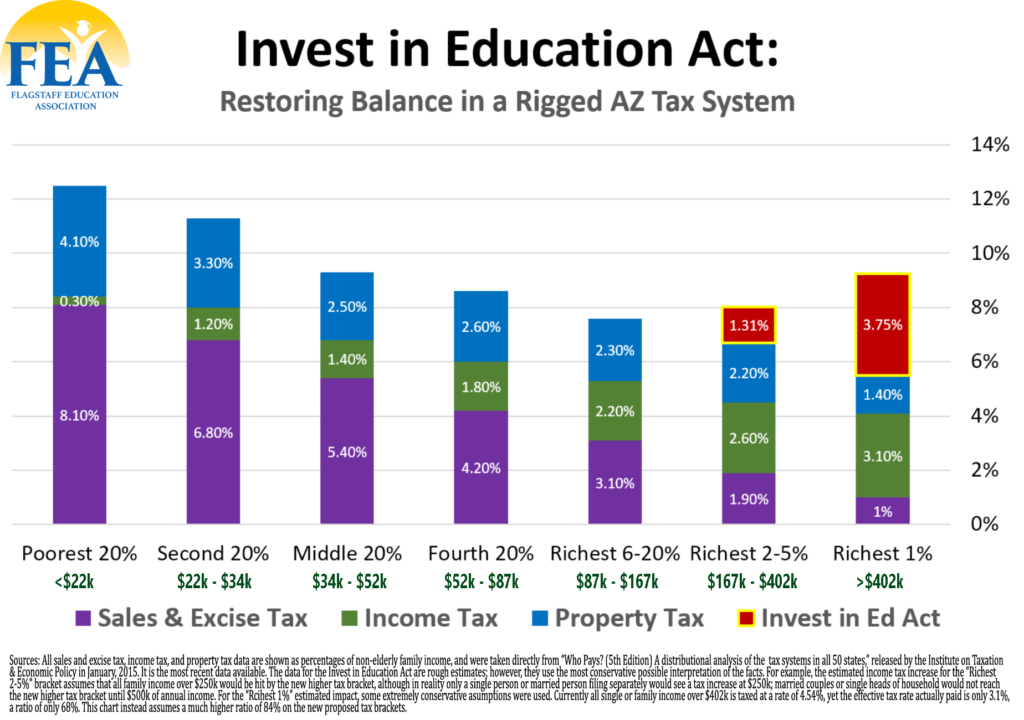